If you love boy bands, get ready to scream, because the Australian pop rock band 5 Seconds of Summer is bringing the No Shame Tour back to North America. 5 Seconds of Summer comes to Walmart Arkansas Music Pavilion on Tuesday, June 28th, 2022. Billboard magazine named their fourth album, CALM, as one of The 25 Best Pop Albums of 2020, and with the failure of touring that year, you never got to hear it live, but that’s OK. Now buy some tickets and come celebrate 10 years of 5SOS and party like it's 2019 all over again! 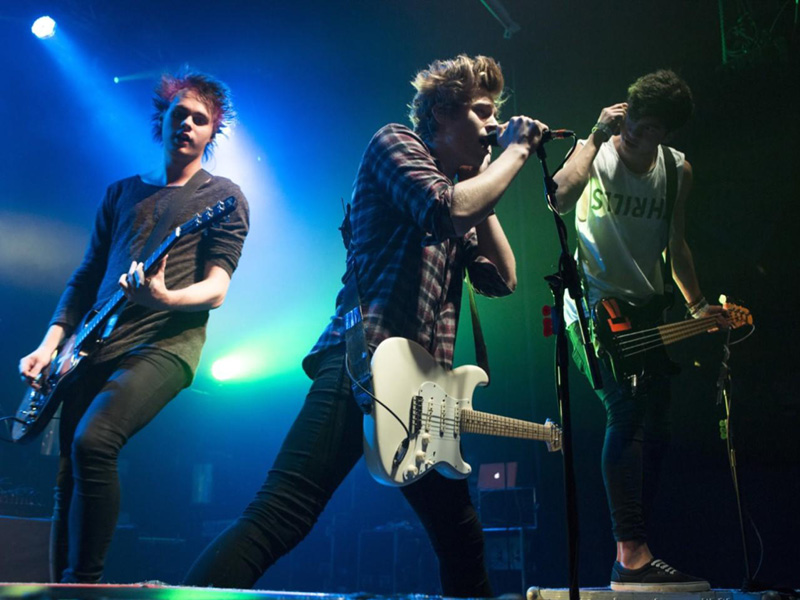 Hailing from Sydney, New South Wales, 5 Seconds of Summer are lead singer and rhythm guitarist Luke Hemmings, lead guitarist and singer Michael Clifford, bassist and singer Calum Hood, and drummer and singer Ashton Irwin. They formed in 2011 as a YouTube band, posting videos of themselves covering songs from various artists, then in 2012 One Direction invited them to come open up for them on tour, giving the band supreme access to a huge crowd of adoring fans.

The band have four albums out, 5 Seconds of Summer, from 2014, Sounds Good Feels Good, from 2015, Youngblood, from 2018 and, their latest, Calm, from 2020. All singles from the band's four studio albums, as well as all four albums, have charted in multiple countries, received multiple official sale certifications, and have been featured in numerous weekly and year-end charts, as well as making an appearance on decade-end charts. They are the only band in history to see its first three full-length studio albums enter the Billboard 200 at number 1 and are the second band in Australian history to have four albums chart at number 1 on their debut in Australia.