EVENT CANCELLED. Please contact your ticket point of purchase to claim a refund on your tickets.

A once-in-lifetime festival titled All This Future Summer Festival Tour will take place in 14 major cities in the U.S.! The tour will feature 17 incredible artists on various dates while the headliner Hillsong UNITED is slated to perform on all dates. On Saturday 6th August 2022, the festival will light up the stage at the Walmart Arkansas Music Pavilion. This monumental event welcomes Hillsong UNITED, Johnnyswim, Dante Bowe, and Social Club Misfits. If you love uplifting music, you better get tickets now and come check out All This Future Summer Festival at the Walmart Arkansas Music Pavilion! 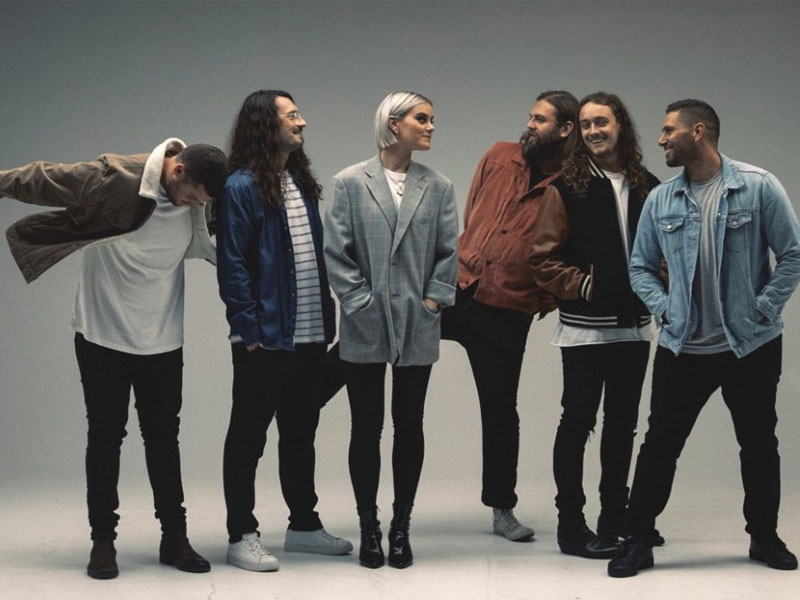 All This Future Summer Festival features artists who send messages of hope and aim to inspire listeners with their music. The show showcases a diverse group of musicians with various genres catering to every music taste. The festival’s headliner Hillsong UNITED has made a huge impact on millions of listeners worldwide. Through the festival, the band will continue to spread the good word and help raise the audience’s spirits. “Our prayer for this tour is that people will be encouraged and filled with hope,” says Hillsong UNITED member Jonathan Douglas. “The world feels as hurt and battered as ever, but we know God’s presence is with us, and in His presence, there is peace, joy, and love. Despite the season we all may be in, there is a reason to gather together and sing!”

Australian worship band, Hillsong UNITED, is undisputedly the most influential Christian band in modern music. The groundbreaking act had sold millions of albums worldwide and amassed billions of streams on various platforms. The band has won 11 Dove Awards and earned multi-platinum certifications for their sixteen live and studio albums. Led by pastor and musician Joel Houston, the band features eclectic artists from various backgrounds and genres. Together, they create some of the most incredible and inspiring worship songs heard worldwide. With every album release, Hillsong UNITED dominates the charts and the airwaves, and the band sells out large arenas and stadiums in over 40 countries.

Tickets to the All, This Future Summer Festival Tour are now available. If you want to lift your mood and be inspired by incredible live music, you should come by the Walmart Arkansas Music Pavilion on Saturday 6th August 2022.