A rush of excitement is coming at Walmart Arkansas Music Pavilion this Tuesday, August 2, 2022, as one of the biggest boybands in the world is making its comeback in the concert scene this summer. Big Time Rush is back, and we cannot wait to see what the band has to offer after almost a decade-long hiatus. Join Kendall, James, Logan, and Carlos in an evening of nostalgia as they sing their biggest hits. Connect with other Big Time Rush fans and discover their new music along with their guest Dixie D'Amelio! This is going to be a fantastic night for all fans to behold. So don't waste your time and grab your tickets now! 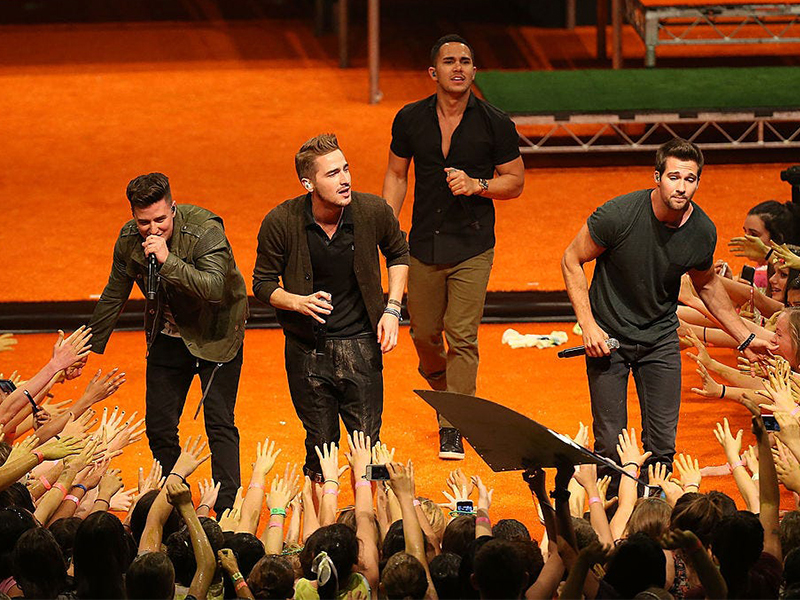 Big Time Rush has announced their forthcoming Forever Tour, and fans went wild online. Not only this is the band's first concert appearance after almost a decade, but the boys will also be showcasing their new songs such as "Call It Like I See It" and the newly-released "Not Giving You Up."

"Not only are we excited to be sharing new music with you this week, but we've been holding onto this secret for over two years, and now it's official!" said the band. "We are going back on tour! We can't thank you enough for all of your love and support over all these years, and we can't wait to see you at the "Forever Tour."

The boys, who will also perform at New York City's Madison Square Garden, will be kicking off their tour on June 23 at The Theater at MGM National Harbor in Washington, DC. The 41-show tour will make stops at major cities around the US and Canada before capping it off at California's Concord Pavilion. Moreover, Big Time Rush will be joined on the road by the social media superstar and recording artist Dixie D'Amelio — a big star guest for a big-time comeback indeed!