Chris Young is touring and it is a big one! “There’s a lot of new stuff in the show, apart from just the order of stuff being moved around,” Young says. “There’s new video content that nobody’s seen, there’s new songs that no one has heard — there’s a lot going on. So this is the most in-depth reset I’ve done with my shows.

ACM and Grammy Award-nominated country artist Chris Young is bringing his Town Ain’t Big Enough Tour to Walmart Arkansas Music Pavilion on Friday 21st August 2020! The artist, who spend much of last year on the road, has had a new album in the making for three years now and will be playing some of his long-awaited new material on the trek, which sees American Idol winner Scotty McCreery and rising star Payton Smith in support! 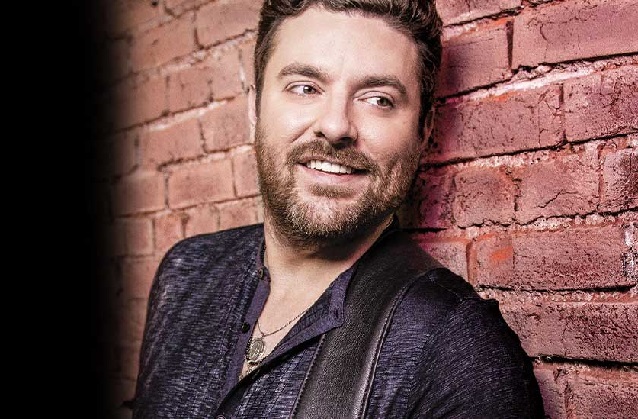 “Everyone has been asking about this year since the last tour ended, so I’m happy I finally get to tell everybody about these shows,” said Chris. “The Town Ain’t Big Enough Tour is gonna be the biggest one yet!”

Chris Young has come a long way since winning the fourth season of USA Network's reality television singing competition Nashville Star in 2006. The country singer and songwriter was signed to RCA Nashville as a result of his success, and released his eponymous debut album later that year, producing two hits on the Billboard Hot Country Songs chart. His 2009 follow-up, The Man I Want To Be, launched three number-one singles on the chart: "Voices", "Gettin' You Home (The Black Dress Song)", and the title track, as well as earning Young his first Grammy Award nomination. To date, Young has released six studio albums, with four of them receiving gold certification or higher, and has charted 15 top five singles on the Billboard Country Airplay Chart, with nine of them reaching number one. Young's most recent album, Losing Sleep, was released in 2017, which was also the year he was invited by country legend Vince Gill to become a member of the Grand Ole Opry and was officially inducted by Brad Paisley.