Make your weekend extra special for the kids this July 30th, and treat them to a one-of-a-kind concert event that will ultimately show their love for Disney’s Encanto. Bring the kids –– and the kids at heart–– to Walmart Arkansas Pavilion and watch their eyes gleam in happiness as they sing along to their favorite songs from the movie, such as “We Don’t Talk About Bruno,” “The Family Madrigal,” “Waiting on a Miracle,” and many more. In this Disney Concerts and Live Nation collaborative event, you will meet hundreds of other Encanto fans who share the same love for the movie and its soundtrack. Book your tickets now and prepare to immerse yourself into the magic of Encanto’s Sing-Along Concert! 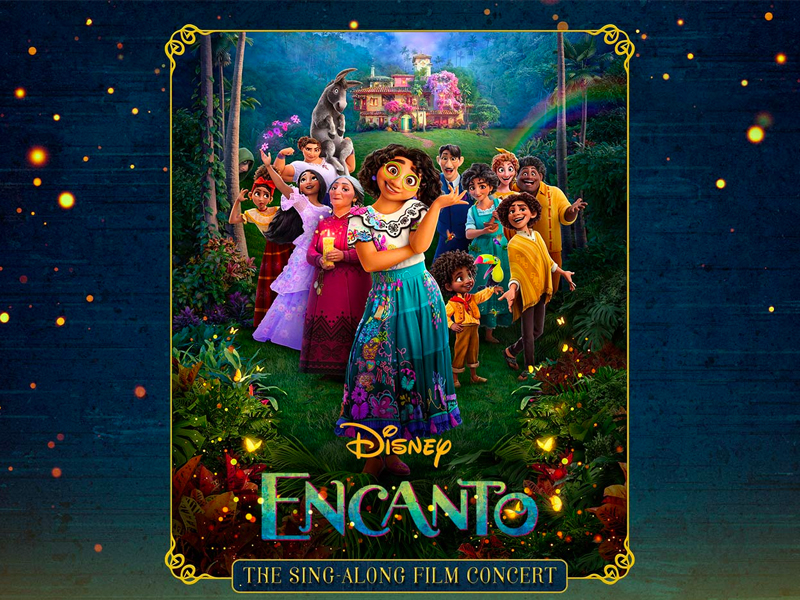 Encanto is undoubtedly one of the most beloved Disney films to have come out in recent years. Its heartwarming theme, which centers on familial love, has a universal relatability that captured the hearts of millions of people. The movie grossed over $254 million worldwide and achieved wider commercial success when released on Disney+.

Apart from its animation, voice acting, characterization, emotional depth, and cultural fidelity, the movie became a hit because of its unique yet "singable" soundtracks. Unlike other Disney movies, which relied on power ballads and other typical pop tracks, Encanto featured unconventional songs –– thanks to the genius of Lin-Manuel Miranda. The soundtrack topped the Billboard 200 for nine weeks, and its fan-favorite track "We Don't Talk About Bruno" spent five consecutive weeks in the top spot of the Billboard Hot 100. Other standout songs from the soundtrack include "Surface Pressure" and the Oscar-nominated track "Dos Oruguitas." Thus, the songs are ubiquitous and are certified earworms. Regardless of how old you are, we can bet that you can hum a tune or two (if not all) of a soundtrack from the movie.

Recently, Disney Concerts announced that it is teaming with Live Nation for the upcoming "Encanto: The Sing-Along Film Concert Tour." This is a "one-of-a-kind" event that features a simultaneous film and concert experience, with a live on-stage band accompanying Disney's hit animated film as it plays in its entirety. This means that the audience can sing along to all Encanto songs while being played on stage. This is a piece of good news for most people, especially for young kids who, after seeing the movie several times, have memorized all the songs from the Disney movie. Thus, taking them into this event will surely give your money's worth.

The tour will kick off this July 18 at Ridgefield, Washington, and will span 32 North American stops before closing on Aug. 28 in Chicago. Grab your tickets for its stop at Walmart Arkansas Music Pavilion on Saturday, July 30. Get your tickets here by clicking the "Get Tickets" button. See you there!