The six-time Grammy Award winner and one of the best-selling music artists of all time, James Taylor, is back for a legendary tour stopping by at Walmart Arkansas Music Pavilion on Friday, 15th of July 2022. Since his 1970 breakout hit "Fire and Rain", James Taylor has touched the hearts of millions of listeners across the globe. With his signature baritone and mesmerizing guitar skills, the world couldn't help but fall in love with his work. Inducted into the Rock and Roll Hall of Fame in 2000, James Taylor is definitely a legend in the folk-rock scene. Don't miss out on a legendary night led by James Taylor by booking those tickets now! 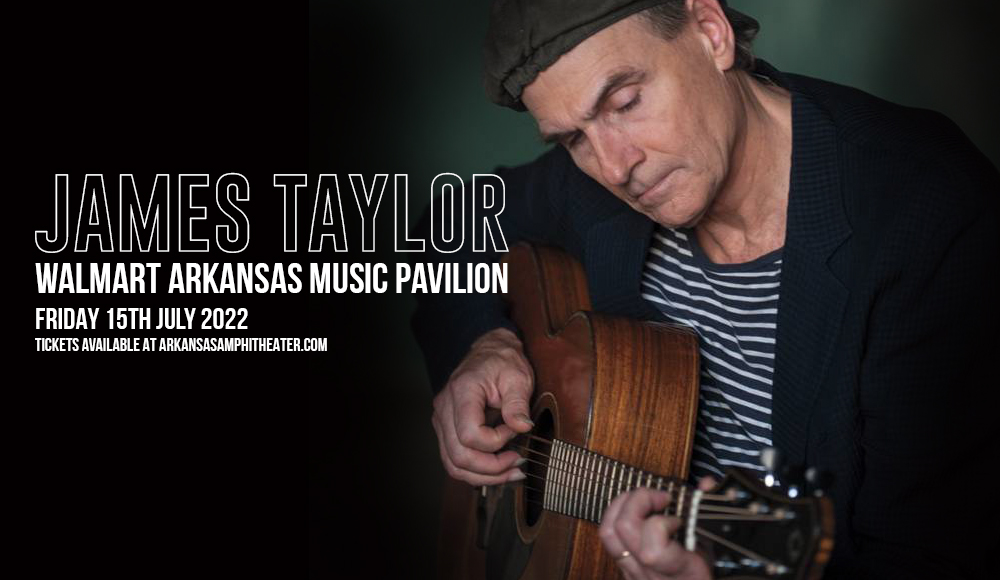 For over fifty years, James Taylor has marked a place in the hearts of listeners around the world. He found his breakthrough in 1970 with his single "Fire and Rain" hitting #3 on the Billboard charts. His album "Sweet Baby James" sold over 1.5 million copies just after a year, and sold over three million in the US. The record was highly-acclaimed, bagging several Grammy nominations. The album took the spot at #103 on Rolling Stone's 500 Greatest Albums of All Time in 2003, and his song "Fire and Rain" took the #227 spot on Rolling Stone's 500 Greatest Songs of All Time in 2004.

From then on, James Taylor took on a journey of making legendary music to this date. With over twenty albums, he served timeless legendary tracks in a span of fifty years. Some of his notable hit singles and crowd-favorites include "How Sweet It Is (To Be Loved by You)", "Handy Man", "Your Smiling Face", "Everyday", and "Little More Time with You".

In February of 2020, he dropped his twentieth album "American Standard" which features his own interpretations of songs from the American canon, winning Best Traditional Pop Album at the Grammy Awards.

Inducted into the Rock and Roll Hall of Fame, James Taylor has become a world-renowned name in the folk-rock scene. He's sold over a hundred million records, serving as an inspiration for several young musicians.

As 2022 marks the big return of music to the live stage, James Taylor's legendary work is coming back to life on the stage at Walmart Arkansas Music Pavilion on July 15th. Don't miss out on this chance to catch the one and only James Taylor perform his legendary work live by saving your seats now!