OneRepublic & Needtobreathe comes to Walmart Arkansas Music Pavilion on Tuesday 9th August 2022 for their upcoming massive summer tour, “Never-Ending Summer Tour”. The 40 date tour starts on 8th July from Charlotte’s PNC Music Pavillion. The last performance will be in Jacksonville, Florida, on 4th September. OneRepublic recently released West Coast, their latest single alongside the track’s video. Chart-topping rock band, Needtobreathe are also known for selling out historic venues, and there is widespread demand for their upcoming concerts alongside OneRepublic. If you want to watch the two music outfits live at Walmart Arkansas Music Pavilion on 9th August, make sure you get your tickets ASAP before they are sold out! 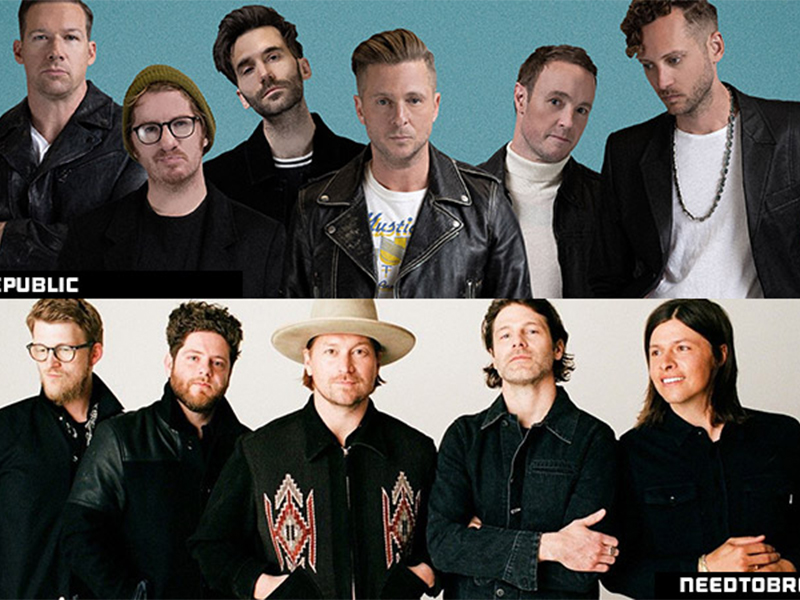 One Republic is a Grammy-nominated American Pop-Rock band producing music since 2002. Their hit singles Apologize, Counting Stars, and Good Life are among the most famous music tracks worldwide. Apologize received a Grammy nomination and breaking records for digital sales. In 2013, as part of their album Native, they released another hit single, Counting Stars. It sold 41 million copies and became number one. The band has amassed a massive 5 Billion streams on Spotify, and the number keeps increasing after their latest album release, Human, in 2021. Their recent single, West Coast, was announced alongside the tour announcement and the fans could not be more excited!
NeedtoBreathe has been one of the most prominent forces in rock music since 1998. They are known for selling out venues on all their tours and have garnered millions of streams to date. They have one platinum single, four gold singles and a gold album. They have released eight studio albums to date, and a majority of them have been massive hits. A number of their singles reached number on the Hot Christian Songs chart, and they remain as one of the top alternative rocks bands in the U.S with a huge demand for their live events. If you want to catch them live, get your tickets right now before they are gone!