Start your July with a bang! See Shotgun Willie and his incredible band in the annual Outlaw Music Festival. Head on to Walmart Arkansas Music Pavilion this Friday, July 1, 2022, and be enthralled by the music of the one and only Willie Nelson. Joined by the Grammy-award winning country duo Brothers Osborne and the Oklahoman new-comer Zach Bryan, the 88-year old country music icon will perform his time-tested classics, such as "Whiskey River," "On the Road Again," "Angel Flying Too Close to the Ground" and "Always on My Mind," among many others. Reserve your tickets now and get the best seats in the house, as you don't want to miss the chance to see the legendary artist up close. See you there! 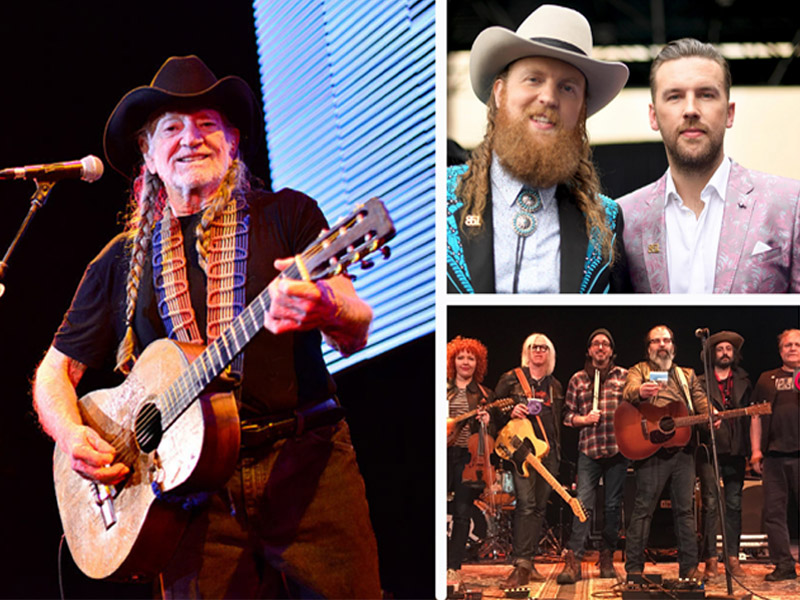 Since its inauguration in 2016, Willie Nelson's Outlaw Music Festival has become a must-attend event for all country music fans. The festival is a breath of fresh air as it helps bring a scaled-down taste of the Picnic experience to other cities. It features Shotgun Willie and other prominent country music acts for a concert that usually lasts around 5-6 hours.

This year's lineup is as promising as the previous years. Aside from Willie's own band, the tour will feature performances from the biggest names in the industry, including Steve Earle & the Dukes, the Avett Brothers, Allison Russell, Brothers Osborne, ZZ Top, Gov't Mule, Zach Bryan, War and Treaty, and Billy Strings. In its Walmart Arkansas Music Pavilion stop, Willie Nelson will be joined by Brothers Osborne & Steve Earle And The Dukes.

This will be one of the first concert appearances of Brothers Osborne after the duo won their first Grammy just recently this April. Prior to their win, the real-life brothers T.J. and John Osborne broke into the music scene with their 2015 song "Stay a Little Longer." The song became a top-five hit on the Billboard Hot Country Songs and Country Airplay charts. These milestones led to the release of their debut studio album titled "Pawn Shop" the same year. From then on, there was no stopping these brothers from conquering country music.

Moreover, Steve Earle And The Dukes is a band consisting of the American rock, country, and folk singer-songwriter Stephen Fain Earle and his Texan band The Dukes. With a record of 21 studio albums and 8 live albums under his belt, Steve Earl is a veteran in the music scene and will surely add excitement to this year's Outlaw Festival.