Mr. Worldwide is headed to Walmart Arkansas Music Pavilion on Wednesday 8th September 2021! That's right, Pitbull is back, baby, and he's bringing his I Feel Good Tour on the road to promote his twelfth studio album! Not only that, but he's bringing special guest support act Iggy Azalea with him!

“Everything that happened in 2020 is something I think is a tremendous lesson and story for the whole world that they should appreciate life and now I can share that with the public,” said the award-winning star about his upcoming tour. 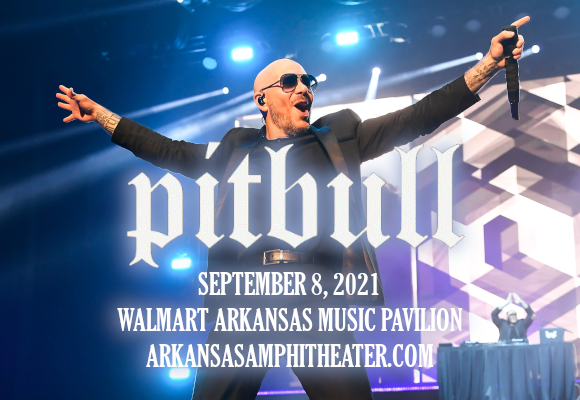 A man of many talents, Pitbull is an American rapper, singer, songwriter, brand ambassador, businessman, and philanthropist who first began his career in the early 2000s recording reggaeton, Latin hip hop, and crunk music. After the release of three moderately successful albums (2004’s M.I.A.M.I., 2006’s El Mariel, and 2007’s The Boatlift), he enjoyed his mainstream breakthrough with the hit single  "I Know You Want Me (Calle Ocho)" from his fourth album Rebelution (2009), which peaked at number two on the US Billboard Hot 100 and number four on the UK Singles Chart. His next album, 2011’s Planet Pit, marked a change in direction towards pop music and gave the artist his first number one single with "Give Me Everything" (featuring Ne-Yo, Afrojack and Nayer). Since then, his career has only gone from strength to strength – he has sold over 25 million studio albums and over 100 million singles worldwide and he has been ranked by Billboard as the 45th Top Artist of the 2010s and the 24th Top Latin Artist of the 2010s. To date, Pitbull has won 35 Billboard Latin Music Awards.