Young The Giant & Fitz and The Tantrums Tickets

Young The Giant fans, we’ve got some massive news for you!! Accompanied by Fitz and The Tantrums, they’re headed on a HUGE North American tour this year that will bring them to the Walmart Arkansas Music Pavilion on Wednesday 10th July 2019!! Tickets are on sale now and selling out fast – be speedy on that “Buy Tickets,” button to be sure of your place at the show!! 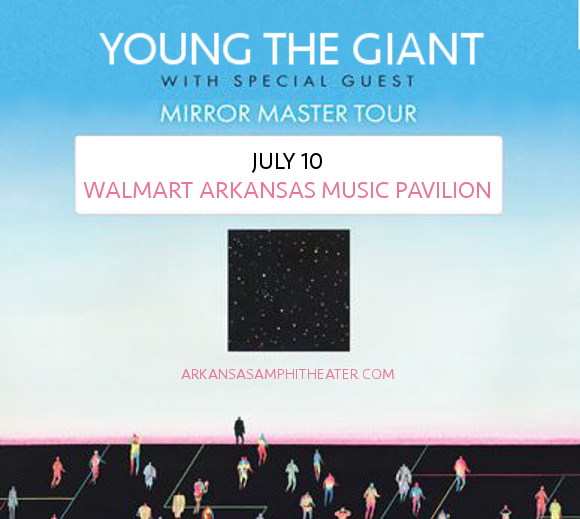 Formed in 2004, with their breakout debut major label album released in 2010, Young The Giant have spent the last decade or so perfecting their craft and experimenting both with musical styles and lyrical themes in their four albums to date. Refusing to be pinned down, the band have gained a reputation for their diversity. Rather than feeling alienated at each change of direction, this is something fans love about them.

“They’re willing to embrace all that we are,” said singer Sameer Gadhia, referring warmly to the band’s supportive fans. “They’re not just the cool kids who fold their arms and be like, “Well, this band is big now, and I don’t want to listen to these guys anymore.” They’re the people who really want to share their stories with us, and have us share with them… Now, more than ever, it’s great that this is the record that we’re on. We get to choose what we want to reflect out into the world. We can be Young the Giant in many, many different ways.”

Get ready to experience the latest way of Young The Giant live – have you got your tickets yet??